About half of all Americans eat a sandwich every day, and Canadians aren’t likely much different. Sandwiches are convenient and satisfying, but if you’re trying to reduce your risk for cancer, diabetes, and heart disease, you might be scratching your head thinking up alternatives to the ham and other processed meats we typically find between the slices.

What exactly is processed meat anyhow?

“meat that has been transformed through salting, curing, fermentation, smoking, or other processes to enhance flavour or improve preservation. Most processed meats contain pork or beef, but processed meats may also contain other red meats, poultry, offal, or meat by-products such as blood.” 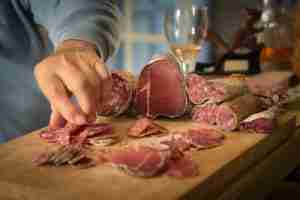 Photo by Alex Guillaume on Unsplash

I think many people would be surprised to learn that deli turkey and chicken slices are included, as well as smoked salmon. Unfortunately, most of the research usually examines processed meats as a group, so we can’t say if one is more harmful than another.

What health impacts are we talking about?

Some researchers recently argued that the evidence against processed meat isn’t strong enough to warrant making changes, and they’re right, in that there are limitations to the research. Some studies we just can’t do, including randomized controlled trials where volunteers are assigned to eat various levels of processed meat for enough years to see differences in cancer, diabetes, and heart disease. It’s neither ethical nor practical. So we rely on observational studies, despite their shortcomings.

The more conservative among us will choose to minimize risk where we can, especially if we can find alternatives that we enjoy and get other health benefits from, especially given the following potential health impacts:

In 2015, the WHO’s International Agency for Research on Cancer (IARC) announced that there is “sufficient evidence in humans that the consumption of processed meat causes colorectal cancer.” This was notable because most nutrition research can show association, but not causation, but it led people to assume the risk was greater than had been shown. 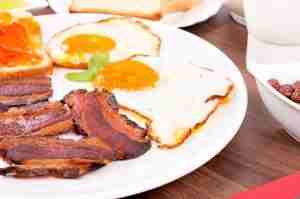 Eggs and fried bacon for breakfast

Compared to other carcinogens like cigarettes, the risk of eating processed meat is small. If you eat 50 grams (~2 ounces) of processed meat every day, your risk of colorectal cancer is estimated to increase by about 18%. Given that your risk (in Canada) of developing it is about 6%, an 18% increase means your risk goes up to about 7%. That’s still a pretty small increase in risk, but given that that 9500 Canadians to die each year of colorectal cancer, it’s worth considering.

They were using some of the same data as the “we don’t need to change” group above, but came to a different conclusion. For questions about meat and cancer, take a peek at the IARC’s comprehensive Q&A document.

A 2010 systematic review and meta-analysis estimated that eating that 50 gram serving of processed meat daily was associated with 42% higher risk of coronary heart disease and a 19% higher risk of diabetes mellitus, compared to people who eat it about once a month or less. So that’s a higher risk increase than the IARC found for cancer, but the strength of the evidence isn’t as high.

Note that, as with colorectal cancer, it’s frequent consumption that possibly raises your risk, not an occasional brunch or slice of pizza.

One thing people sometimes overlook is the sodium content of most processed meats. A 100g serving of ham delivers about 1249mg, a sizeable chunk of the recommended 2000mg daily max. You might expect chicken to be better, but it’s not, clocking in at 1302mg. And then there are the nitrites…

The good news is, we have lots of other options! Here are seven alternatives that are just about as easy as opening a package of ham.

What about so-called “natural” deli meats?

These sound better, but I wouldn’t recommend them every day either. They contain potentially cancer-causing nitrites just like regular deli meats, except they get it from a natural source, cultured celery extract. Cultured celery extract isn’t like eating a stalk of celery, and there’s no evidence to suggest it acts any differently in the body from the synthetic preservatives.

Furthermore, when a consumer watchdog group tested 31 packaged deli meats, they found similar levels of nitrates and nitrites to regular deli meats, so they’re petitioning the US FDA to end this misleading labeling.

What about local or organic processed meat?

While it may be better for the environment, and you can feel good about supporting local farmers, there is no reason that they would be any different from mass marketed ones in terms of their effect on cancer, heart disease, and diabetes risk. Nitrites are nitrites, sodium is sodium.

Getting bored with sandwiches? How do you feel about reheating last night’s leftovers? Or if that doesn’t appeal, here are a few of our favourite simple lunch-worthy recipes:

Finally, here are a few more ideas for quick meals: What to cook when you don’t feel like cooking.

Having the occasional a ham sandwich or BLT probably won’t hurt, but if deli turkey and chicken, sausages, bacon, smoked salmon, Montreal smoked meat, hot dogs, and other processed meats make a frequent appearance on your menu, perhaps some of these alternatives might hit the sweet spot.

What do you think? What other sandwich fillings do you enjoy? Join the conversation on Facebook.

One thought on “7 easy sandwich alternatives to processed meat”

What is the best snack ever and why is it avocado

After a short hiatus to create videos and launch a

It’s an oatmeal with chocolate chips kind of mor

If you need a simple comfort food meal on this sno

We went for a vegetarian Thanksgiving this year. I

Great excitement. Grandma was just going to eat he 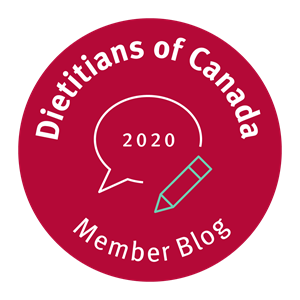