If you’re in Canada, by now you’ve likely heard something about the new guidance on alcohol and health from the Canadian Centre for Substance Use and Addiction (CCSA).

The bottom line is that they’re advising us that no level of alcohol consumption is risk-free, that “low-risk” drinking is 1-2 drinks a week, “moderate-risk” is 3-6 drinks a week, and the risk goes up from there.

This is quite a change from the 2011 guidelines, which suggested a maximum of 10 drinks a week for women and 15 for men.

In making this change, they emphasized the cancer risk, acknowledging that alcohol is now considered a carcinogen, contributing to at least seven kinds of cancer, including common ones like breast and colorectal cancer.

They’re also backing off on long-standing guidance that a little alcohol might be slightly beneficial for heart health.

If you want to read the detailed report, you can, but I thought I would just address some of the questions I’m getting about this from people with heart concerns.

Isn’t moderate drinking supposed to be good for heart health? 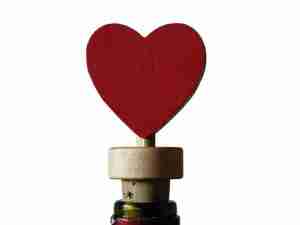 But if you read past the headlines, you’d usually see some warning that the evidence wasn’t conclusive (“Alcohol may benefit heart health. More research is needed.”) Even the 2011 report from CCSA listed numerous concerns about limitations with the evidence.

Think about how researchers study this. It isn’t ethical to do a long-term study where you randomly ask some of the volunteers to drink a lot, some a little, and some none at all. That would be the best way to know for sure, but yikes! Ethically, not an option.

So we have to settle for observational studies, where researchers ask lots of people about their drinking habits and then follow up to see how they do, healthwise. See any potential problems there?

Even if you get accurate answers, you have to figure out if something else about the people you’re studying led to the findings. Researchers may adjust for income, education, exercise habits and more, but could there be other factors? That’s why these studies can’t prove cause and effect.

In the past decade or so we got more robust research to shed light on important questions: Was there some other explanation for why moderate drinkers had slightly better health?

Could there be something different about lifelong abstainers versus former drinkers, who were lumped together in previous research? What about the lifestyle and social habits of moderate drinkers, which are generally healthier?

High blood pressure, arrhythmias, hemorrhagic stroke, and heart failure were found to be more common in people who drink, even at low levels. They’ve estimated that as little as 7 drinks a week can increase overall heart disease risk.

It may be a small boost in risk, but on top of the now well-established link between alcohol and cancer, it’s worth considering.

(Note that animal and mechanistic studies have confirmed the link between alcohol and cancer. That’s not just based on observational studies.)

Isn’t red wine supposed to be good for the heart?

Some studies suggest red wine is particularly beneficial for heart health, while others do not. Again, the outcomes of these studies depend on the population studied and the other factors taken into consideration, so they don’t always have the same result.

Plant-compounds called polyphenols, such as resveratrol, may exert some positive effects, but the dominant effect of alcoholic beverages on health comes more from the ethanol (alcohol), so it’s comparable for beer, wine, and hard liquor.

(Polyphenols are found in lots of plant foods, so you don’t have to drink red wine to get them.)

We have good quality evidence (randomized trials!) that Mediterranean style eating leads to better heart health outcomes, but we’re not as certain which component matters most.

Could it be the wine, or is it the tomatoes and garlic simmering on the stove? Is it the wine or the pan-fried sardines? Farro and lentils? Olive oil? All we can say for sure is that people do well with this combination of foods. It’s not clear that the wine is critical.

Why are the guidelines no longer different for women and men?

At these low levels of consumption, health impacts are similar. It should be noted though, that drinking more than the new moderate risk zone (3-6/week), we see the “lifetime risk of harm increases more steeply for women than for men.”

However, men aren’t off the hook. The new report points out that “Far more injuries, violence and deaths result from men’s drinking.”

What is one drink?

In Canada, a standard drink is about 17 ml or 13 g of pure alcohol, which is equivalent to:

That’s important to know, because often the glass of wine or beer they give you at restaurants and bars is bigger than that. You may think you’re having just one or two drinks, but relative to the guidelines, you may be into your second or third without realizing it. 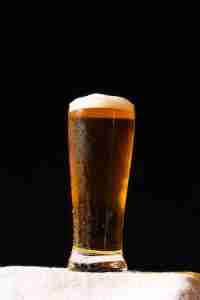 Just how much risk are we talking about?

The report quantifies estimated risk, but it’s a little complicated! They use the concept of “years of life lost,” (YLLs) as it accounts for the age at which a death occurs.

(Apparently the Institute for Health Metrics and Evaluation has determined 17.5 YLLs to be the magic number.)

I find it easier to explain the relative increase in risk for various conditions, based on their mathematical modelling. For example, 7 drinks a week is associated with a 12.6% boost in breast cancer risk for women and a 17.4% increase in risk of high blood pressure for men.

(If you’re curious, you can find values for this in Tables 1 and 2 of the report.)

Keep in mind though, that these numbers refer to the increase or decrease in risk compared to no drinking, not the absolute risk.

That’s a bit academic, but it gives you a sense.

Of course all of these risks are also affected by genetics and other factors, meaning some people who drink daily may live a long healthy life, while others are impacted by high blood pressure, cancer, or another problem earlier. Studies just look at population-level risk.

If you’ve been paying attention, this isn’t really new. In 2018 I blogged about why nutrition headlines often flip flop, after this headline: “No amount of alcohol is good for your overall health, global study says.”

Previous guidelines warned against drinking for health benefits, given the limitations of the evidence and the well-known downsides of excessive drinking. But often we hear what we want to hear.

Like it or not, science evolves. As more research is done, our understanding grows and sometimes recommendations change. It’s frustrating I know, but I do think researchers offer the best guidance they can, given what they know at the time.

The key thing to understand is that the heart health benefits of a little alcohol are more debatable and the downsides of drinking kick in at lower levels than previously thought.

What you do with this information, of course, is your call.

If you’d like ideas about what else to drink besides water, I wrote up ten ideas here. There’s also low and no-alcohol beer and wine if you find one you like.

People choose to take small risks every day, from driving to eating bacon to skiing. The point is to make sure you have the information to make the choice that’s right for you.

If you’ve had a heart event or diagnosis and found this explanation helpful, help yourself to my free e-book, The Sweet Spot Guide to Eating After A Heart Event.