If you’ve tried to eat “better” in the past, but slipped back into old habits, you’re not alone!

Researchers found about half of the participants in cardiac rehabilitation had what was considered a “good” diet a year after their program ended, compared to 91% during the program. Only 42% were there three years after cardiac rehab.

Why do heart-healthy eating habits tend to fade?

After working with thousands of people finding their way after a heart event, I would propose several possible explanations:

There are probably more reasons, but those are common ones that I see. Eating (and living generally) with heart health in mind in our culture is like being a fish swimming upstream!

So I wasn’t actually surprised to see that researchers found, in 2017, that working with a dietitian for less than six hours “generally showed no benefit“!

Yes, you read that right.

If you took a nutrition class, did some online research, or met with a dietitian, and still don’t always manage to eat “right”, your experience is similar to the people in that study. 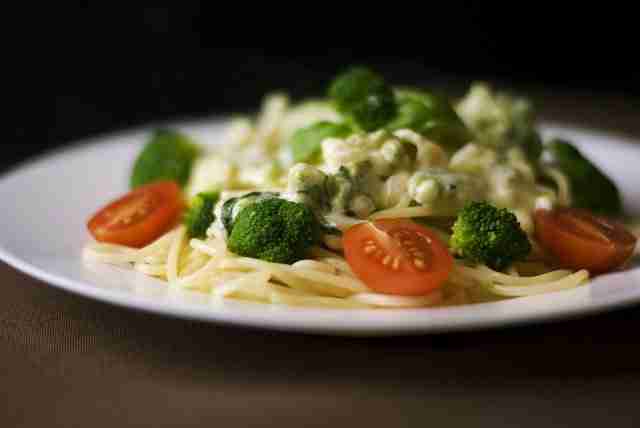 …is that that same study found that people who worked with a dietitian for a total of at least 6 hours were more likely to see an improvement in cardiovascular risk factors, including blood pressure and LDL cholesterol.

In fact, for these “intermediate outcomes,” as the researchers called them, “…dose-response effects were evident, with increasing intervention intensity associated with larger improvements.”

In other words, more time working on your eating habits with professional support leads to a bigger improvement. Of course it does! Changing lifelong eating habits means addressing the barriers above and probably more. It takes time!

That’s why I created the Sweet Spot Kitchen program. Most people, even in cardiac rehab, don’t have access to that 6 hours of dietitian time, let alone more. I used to offer packages with more counselling sessions, but it is prohibitively expensive for people.

But now, with our increased comfort using virtual platforms, I was able to create a series of videos and a live support component and share the cost over a group instead of just one person.

We address the barriers listed above and more. We’ll practice evidence-based strategies for changing health behaviours, like planning, goal-setting, journalling, and problem-solving.

If you find it tough to stay consistent with healthy eating, don’t feel bad. Even if you know what to do, actually following through and doing it is another matter altogether. It’s doable, but not always easy.

Sign up for my weekly(ish) email updates or join our Facebook group, and you’ll find that surrounding yourself with others who have similar goals and lifestyles will help you make it happen!