Raise your hand if you need more energy right about now. Or a mood boost? The end of the year is packed with so many celebrations and extra to-do’s that sometimes you want to just hide in bed.

Am I projecting here? Maybe. This week and the chaos it brought reminded me of a neat study I discuss about in my Eating For Energy talk, and I thought maybe some others would appreciate this interesting finding.

Researchers randomly assigned 82 healthy volunteers to eat a high or low glycemic load (GL) diet for 28 days (more on what that looks like below) and then gave them a 28-day break, followed by 28 days on the opposite diet. They gave the volunteers several questionnaires at the start and throughout the study to assess their mood and energy levels.

Turns out that when participants were on the high GL diet, they reported 38% higher scores for symptoms of depression and a 26% higher score for “fatigue/inertia.”

Worse, they reported a 55% higher score for “total mood disturbance,” calculated by adding together measures of tension, depression, anger, fatigue, confusion, and subtracting the score for vigour (aka energy).

I should note that the differences were particularly pronounced for volunteers whose weight fell into the overweight and obese BMI categories. I’m not a huge fan of classifying bodies (complex) by BMI (simple), but thought I should mention it, because if that’s you, it may make this aspect of your eating habits particularly relevant to your mood and risk for depression.

Food choices can’t make up for an overloaded schedule and lack of sleep and/or exercise, but they’re a factor, and sometimes one that’s easier to control.

So what does low vs high glycemic load eating look like?

I’ll start with glycemic index, a measure of how much a standardized amount of a given food, in isolation, raises blood sugar in volunteers. It’s kind of theoretical, because we don’t usually eat just one food at a time, and we don’t necessarily eat that standardized amount.

Glycemic load builds on glycemic index by taking portion size into account. It’s equal to the glycemic index of the food multiplied by the number of grams of carbohydrate eaten.

However, in this study, the amount of carbohydrate was kept constant, so it was really the glycemic index of the foods that made the difference. The amount of food was controlled so people neither lost nor gained weight during the study.

To keep things simple, here are some foods I commonly see in my practice, to give you a few seasonally relevant ideas. (You might find this easier to read on a phone if you turn it sideways.)

Can you start your day with All Bran (original, not flakes) instead of Special K? Do you like sweet potato? If so, why not reach for that instead of mashed potatoes? Snack on popcorn or edamame instead of pretzels or rice crackers?

Note that I only included foods from which we typically get a lot of carbohydrate — 15g or so per serving or more. Carrots, for example, have a high glycemic index, but a half-cup of sliced carrots only has about 6 grams of carbohydrate, so I wouldn’t worry about them.

If you want a more extensive list of high/low glycemic index foods, Vancouver Coastal Health has a good one here. For the nutrition geeks, sample menus from the study are given here. The University of Sydney’s glycemic index database is a very comprehensive source.

While researchers controlled for it in this study, in the real world we know that what really matters is glycemic load, and for that, portion size matters. 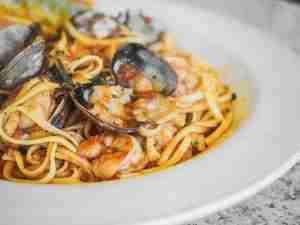 Al dente pasta may have a low glycemic index, but if you eat a restaurant-sized portion, the glycemic load will be high and it’s likely to affect your blood sugars (and perhaps mood and energy) more than a few roasted baby potatoes, despite potatoes having a higher glycemic index.

So if you decide to eat some of the higher-GI foods (hello, mashed potatoes!), a smaller portion size will help you keep your overall glycemic load on the lower side. Combining with lower carbohydrate foods like turkey and brussels sprouts helps you fill up.

Trust me, I’m not here to be the Grinch! Glycemic index/load is only one of many perfectly good criteria you might use to decide what to eat. At this time of year and always, enjoyment, tradition, convenience, and cost matter too. If you want a slice of pie after a pile of mashed potatoes because it’s Christmas and you love it, go for it. I probably will.

Remember, the participants in the study were eating high or low glycemic index foods for 28 days straight, and the researchers purposely made each diet a bit extreme – very high or very low, so they could see a difference. In real life, your eating will likely be somewhere in-between.

But if you see foods on that low-glycemic index list that you like and have on hand, this is one reason to reach for them. (It can also help with blood sugar control for people who have type 2 diabetes or pre-diabetes, so that’s another.)

Will it help your mood and energy level? Maybe. Other factors, like sleep, life events, the people around you, and exercise matter, of course, but this study suggests that perhaps choosing more foods that keep your blood sugar stable can help.

So warm up with steel-cut oats, lentil soup, barley, sweet potatoes, and more, and I hope you feel your best heading into the new year! Wishing you a joyful season, no matter what holidays you celebrate. 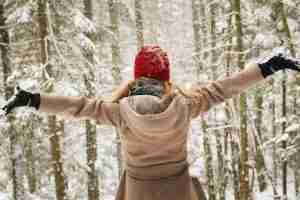 Comments and questions welcome, as always. Join the conversation on Facebook or email me.