Cereal isn’t often thought of as a wholesome food these days, but actually some cereals are mostly whole grain and deliver a hefty dose of heart-healthy fibre. They’re also a fine vehicle for fruit, nuts, and seeds, as I illustrated in last year’s diabetes-friendly breakfast makeover. And when it’s hot or you’re in a hurry, let’s face it, a bowl of cereal hits the spot.

I originally wrote this review over six years ago, and it was popular. There are more cereal fans out there thank you might think!

Since then, some of the products I highlighted have been discontinued and new ones added, so with the help of Acadia dietetic student Christyna Dashko, I’ve updated it.

We used the following criteria. (See below for an explanation of the criteria, if you’re interested.)

There are A LOT of products to choose from! Superstore’s website lists 84 “health” cereals alone! (This doesn’t include hot cereals. See my oatmeal review for that.)

(When I first wrote this I found 16 cereals that met the criteria. This time there were 17, but “Sweet Spot Seventeen” doesn’t have the same ring does it? But I couldn’t find it in my heart to toss one.)

Click on an image below if you want to see the picture better. And note that these are the Canadian versions. Some products may vary in the United States and elsewhere.) 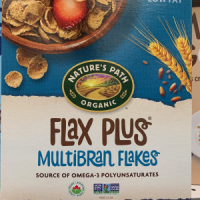 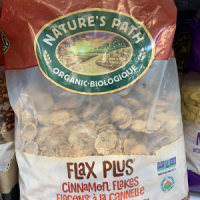 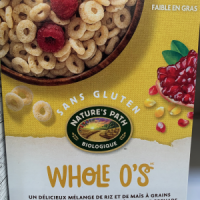 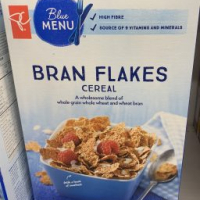 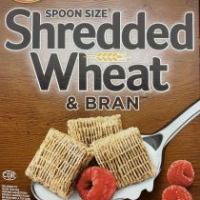 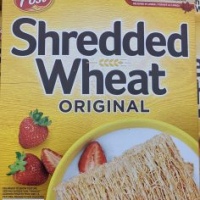 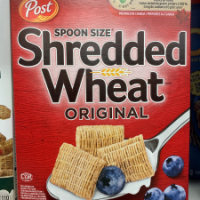 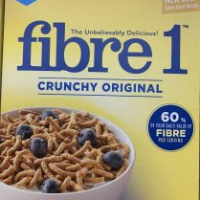 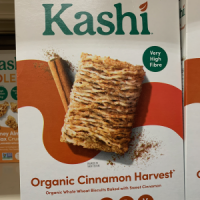 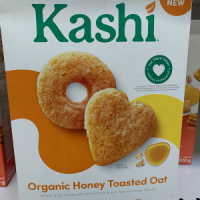 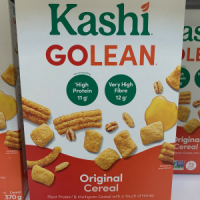 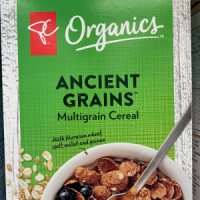 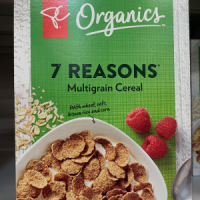 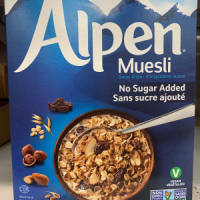 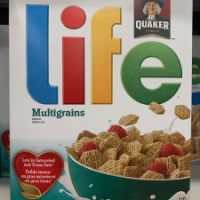 What if your favourite cereal isn’t there?

If you’re favourite cereal didn’t make the cut, no worries! Quite a few came close enough that you could certainly keep them in the mix if you like.

If you like a cereal that has a bit more sugar, you could always have it anyhow. Not the end of the world — it’s your overall eating pattern matters.

Or perhaps a smaller portion, perhaps combined with a generous handful of almonds or walnuts. Or if you’re keen for a bigger bowl, perhaps combine a higher-sugar cereal with something like Spoon Size Shredded Wheat, which has no sugar or sodium.

If your favourite is a bit above the sodium target of 140mg, consider the rest of your sodium for the day. If you’re cooking most of your own food, maybe you can afford it. (About 75% of our sodium comes from restaurant and processed food.)

If you like something like Cheerios with not quite enough fibre, you could always have it with a couple of spoonfuls of something like All Bran Buds or Fibre 1. Or top with raspberries, a particularly high-fibre fruit.

Following are a collection of cereals I hear about often from clients, including many sold at the ever-popular Costco.

Unfortunately, not one of the cold cereals I could find at our local Costco met the criteria! Too high in sugar or sodium, or low in fibre. 🙁

Rice, as in white rice. If it doesn’t say brown rice, or indicate a whole grain of some sort, it’s not. And the nutrition facts: No fibre. That’s right, zero! They have a lot of nerve marketing that as a healthy cereal. (Pet peeve alert.)

Again, if we’ve just given you bad news about your favourite cereal, don’t worry. You can always combine with a higher fibre, lower sugar/sodium product, or experiment with those on the “Sweet Spot Sixteen” (17) list. You’re bound to find one in there that you like.

An Explanation of the Criteria

For the nutrition geeks out there, here’s a bit more of an explanation of the criteria:

Ideally, less than 5% of our calories would come from “added” or “free” sugar, which amounts to about 25g, if you’re eating about 2000 calories. (There are 4g in a teaspoon, so that’s about six teaspoons, over the course of a day.) If you go over 8g, or two teaspoons, as many cereals do, it starts to become quite a portion of your sugar budget. Doesn’t leave you much room for chocolate, does it?

Other tips for the cereal-loving among us

If you enjoy a good bowl of cereal, go for it! If you want to make it a heart-healthier breakfast, a few suggestions:

Which hits the sweet spot?

Which of the “Sweet Spot Sixteen” (17) cereals have you tried? What did you think? Personally I enjoy the Nature’s Path Flax Plus and Heritage Flakes, but haven’t tried many of the others. Join the conversation on Facebook to see what others think.

(This post was not sponsored. Nothing I write is sponsored.)

One thought on “Heart Healthy Cereal: The Sweet Spot Sixteen”