For Heart Month (February), I’m featuring several stories of Canadians who are adjusting their eating habits after a heart event. Since tomorrow is Wear Red Canada Day, to raise awareness about women’s heart health, I thought we’d feature a woman this week. (There are two more coming.)

The goal is to provide hope and guidance to those still reeling from a recent cardiac scare. At first, many people feel paranoid about food, fearful of eating anything they think may have contributed to the problem. Then we often see an unsustainable overcorrection, where people try to adopt overly restrictive or bland diets.

I hope these case studies help you strike the right balance between your health goals and enjoyment of food. (Plus there are some great meal and snack ideas buried within!)

Each participant volunteered in response to a request I made through my email newsletter and social media channels. I’m sharing just their first names, for privacy.

Most interviews were done over video calls, and the participants had a chance to review and make changes. You may see a few extra words in [square brackets]. That’s me adding my two cents.

Last week we featured John, 73, who had a heart attack, stent, and bypass surgery. This week it’s Laurie, 60, telling her story. If you like bacon a lot and vegetables not so much, I think you’ll relate. Either way, she shares some powerful truth bombs. Enjoy!

Can you tell us a little bit about your heart event? 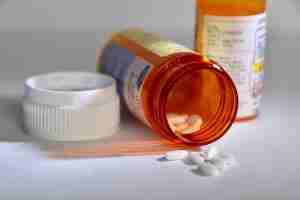 Photo by Olga DeLawrence on Unsplash

At first it was overwhelming. Not just what happened – now I have two issues to deal with – but also trying to get used to the medications and their side effects. In June I had so many appts with cardiology. There was always somebody calling!

Did it change the way you feel about food?

I still struggled a bit, because your eating habits are still there. But with a 99% blockage, you think, “How close did I come to not even being here?”

How has that changed? How do you feel about food now?

I was mostly focused on dealing with the medication side effects until September. Then for a month I was super diligent about food. My daughter said “Can you maintain that? Are you really never going to have another chocolate bar or chips?”

Now I still have some of my junky food. We can’t be 100%. Halloween was in there so there was candy. Now we’ve just had Christmas. I like sweets, that’s my big downfall. Sometimes I say, “OMG, I had a chocolate bar,” but it’s not like it was before.

What kind of changes have you made to your eating habits?

I’ve cut back on a lot of foods. Say with steak, for example: Instead of five days a week I might have it two days a week. (Who can afford meat these days anyway?)

And now I buy the leaner ones that you have to marinate overnight. It’s nothing to throw some marinade in there. And I stretch the meat by chopping it up into tiny pieces so there’s meat throughout a dish like a stir-fry. Saves money too.

I still have bacon. Who doesn’t love bacon? I haven’t cut that out – I’m not going to deprive myself. It’s not all or nothing. It used to be 2-3 times a week, now it’s once every 2-3 weeks. If I’m really craving bacon, I’ll have it. But I won’t eat as much of it. I used to eat 6 pieces with eggs, but now I break my bacon in half when it’s cooked, so it still looks like there’s a lot.

I watch pasta, potatoes, etc, because I know those are high in carbohydrate. I might only have them once or twice a month now. I’ve also cut way down on my bread and now have the whole grain when I do crave it. More nutrients and better for you.

I used to grab 3-4 chocolate chip muffins at Tim Hortons. One for breakfast, one for a snack… I don’t do that now. I’m very aware. I haven’t had one for 2-3 months. But if I really want one, I’ll get one.

And I never use a large dinner plate. I use luncheon-sized plates – midway between a tea saucer plate and a dinner plate – and that helps too, because the plate looks full.

You’ve cut back on some foods. What are you eating more of?

For breakfast, I’ve always liked oatmeal, but I liked it with brown sugar. That’s another thing I had to get used to, diabetic-wise. But I’m not eating bland old oatmeal. I put a dollop of peanut butter and drag it through – you don’t need very much – that I can do. And yogurt every morning – I’ve always have done that – first thing with my medications.

Raw carrots and corn are the only vegetables I’ll eat. I have mini-carrots, but because of my teeth I’m not supposed to eat anything hard. I could cut a mini-carrot into sticks, but I wasn’t eating as many. I like them grated, but that’s work. I don’t want to dig out my grater and grate carrots just to have a snack! 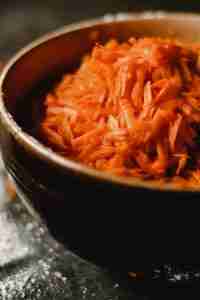 Photo by Eva Elijas from Pexels

Then I saw at Walmart they had bags of carrots already grated. Now I just sit and have those as a snack. And I put them on supper, shredded like coleslaw. Just because they’re raw doesn’t mean you can’t have them with your cooked meal. It’s kind of like a salad.

Same thing as when I eat apples. Because of my teeth I don’t feel like biting into it. I will cut it into thin slices with a knife though. (A knife is easy to clean, but the grater is more of a project.) It takes me longer to eat that way. Some nights I have that with a bag of shelled sunflower seeds or a little peanut butter. I find that it really lasts. I can be munching on that for 20 minutes.

Some fruits I can’t have because I’ve had kidney stones, and some because of my potassium. (I have a lot of stuff!) I’m not saying I don’t ever have them – I have them the odd time.

Chicken and beans I don’t mind, so I try to eat more of those too.

What else are you doing differently?

I walk every day now. It helps you feel better anyway! I could be eating the best food, but you need your fresh air, even if I could just go do 15 minutes. It doesn’t need to be 45 minutes.

I’ve even gone out and just done 10 minutes – you get in the fresh air and you’re moving. When it’s cold out – it really bothers my chest if it’s too hot or too cold – but if you have stairs in your house, put on some music and walk up and down the stairs! I’ll even do that for 10 minutes – 2-3 songs and you’re done.

And I really try not to stress about things. I know that affects my sugars too. It is what it is – so you didn’t dust today – it’ll be there tomorrow.

What results have you seen?

From May 19th, when my LDL was 4.06, to July 8th it was down to 0.86. On September 27th it was still sitting at 0.86. I was on two cholesterol medications, but in September they took me totally off of one and the other one was cut in half. And my blood pressure stays really good now – in the teens.

Also, in the hospital that day my sugar reading was 25. My A1C [an indicator of blood sugar control] was 12.3. Compare that to my last A1C at the end of November, which was 7.5! My family doctor said to get below 6.5 so I know I have a bit more to go, but that’s on me. And I feel much better when I’m not eating so much sugar.

By the end of September I had lost 20 pounds, which is a great help for both my heart and diabetes. I also feel so much better, sleep better, have more energy and don’t feel tired all the time now.

[Note from Cheryl: Weight loss happens more readily for some people than others. The changes Laurie is making can benefit your health, even if you don’t lose weight. Yay!]

How do you manage to stay on track?

I’ve learned that if you’re craving something, you might as well just eat it. Otherwise you’ll go have low-cal no-fat cookies (more sugar!) and then think “Okay, that didn’t do it.” You end up eating way more of something else and still want that donut.

Just eat it, be done with it, and move on. It’s going to be in your head and you’re going to eat it anyway. Let’s go.

You have to keep a positive attitude – what’s the point in wallowing in it? What happened happened. I had my heart attack a week before my 60th birthday but you know what, I’m still here aren’t I? 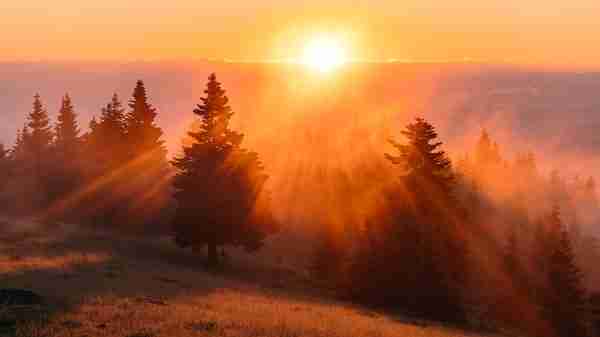 Photo by Daniel Mirlea on Unsplash

[Thank you to Laurie and everyone else who has volunteered to share their story!

The rest of the Heart Month stories are:

Do Laurie’s insights resonate with you? Join us in the private Sweet Spot Heart Healthy Cooking Club group on Facebook to discuss. I’m always thrilled to hear your thoughts.]