I returned from a blissful summer holiday and news about the PURE study dropped before I could even catch up on email:

Ugh. Did you have an eye roll? I certainly did. Here come the hysterical headlines, smug tweets, and questions from confused clients. (Seriously CBC — nice image — was eating more FRENCH FRIES what you got from this research?)

Anyhow, if you missed it, lucky you! I’ll briefly summarize the study and then offer some context.

Essentially, researchers followed a whopping 135,000 people living in diverse socioeconomic circumstances on five continents who answered a questionnaire about their diet, for an average of seven years. They essentially found that those who ate the least fat had a higher risk of dying during the study. That’s right, higher. So is all that low-fat diet advice killing us, as yet another outlandish headline suggested? 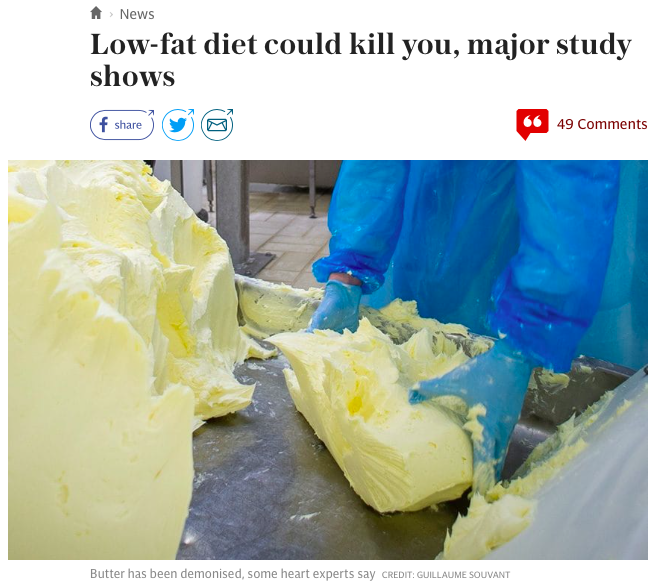 The PURE Study, Behind the Headlines 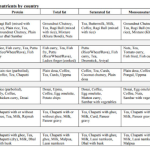 As always with nutrition, there’s more to this. First, when people eat less of one thing, they usually eat more of another. A diet low in fat is often high in carbohydrates, and I don’t mean lentils and oats. 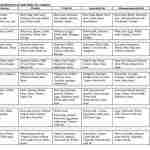 Anyhow, it may well be that the abundance of these foods and the scarcity of nutrients in them contributed to the seemingly surprising results. 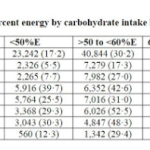 Percent energy by carbohydrate intake by region (click to enlarge)

We don’t see that in Canada unless someone is following an extreme diet or experiencing extreme food insecurity. In the PURE study, the vast majority of the people with carbohydrate intakes that high were in China and South Asia. This is less a case for increasing fat in our diets and more an indictment of white rice and poverty.

The lowest-carb group, who were the least likely to die during the study, were getting about 46% of their calories from carbohydrates. That’s almost exactly the Canadian average, about 48%. So we’re not talking about Atkins or Paleo here. Just people eating kind of like we do. 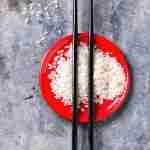 While global nutrition studies are really important, we have to be cautious about extrapolating them to our personal situation. Only 12% of the participants in this study were from the “high” income countries (Canada, Sweden, and UAE). You have to wonder if there are other things going on in countries like India, Bangladesh, and Pakistan that contributed to the findings. It certainly wasn’t cardiovascular disease, which wasn’t associated with the different levels of fat and carbs, with the exception of more fat and saturated fat being linked to slightly fewer strokes (more on that below). Something else is driving this.

As fat intake went up, protein intake generally went up too. That’s an indicator of income, which we know is a driver of better health overall. Researchers do everything they can to account for confounding factors, like poverty and education, but it’s impossible to control for everything.

Big population studies like this contribute to our understanding, but they can’t prove cause and effect. Correlation doesn’t equal causation, right? All they can show is that one thing is associated with another. We have to do more research, ideally randomized, controlled studies, to really understand why.

One other consideration: Drawing bold conclusions based only on fat (or carbohydrate) intake oversimplifies. A low-fat diet could be based on white rice and sweetened tea or chicken breast, broccoli, and quinoa. Obviously, we need to consider food quality vs how much fat (or carbs) to eat.

For the nutrition geeks: If you want to read the original study, it’s here. If you want a more thorough review of the science, this is a good analysis by dietitian Katherine @NutritionWonk. David Katz also wrote a very thorough response.

So does the PURE study “turn nutrition science on its head,” as another silly headline bragged? Nope. Here’s what you can take from this:

In summary, don’t panic, and don’t feel like you need to add fat, unless you were really going out of your way to avoid it. Continue to base your diet on vegetables, fruit, whole grains (in moderation!), legumes, fish, nuts, healthy oils, meat and dairy if you like (also in moderation), and take it easy on the refined carbs, sugar, and processed meat. Cook more, eat out less, and enjoy!

Thoughts, questions? As always, happy to hear from you on the Sweet Spot Facebook page.